Now in MuralDecal you can find the Maradona wall decals, the legendary Argentinean football player who became the icon of a whole generation and who went beyond the barriers of sport to become an emblem in his country, becoming one of the most relevant celebrities of the 20th century and being considered one of the greatest sportsmen of all times. 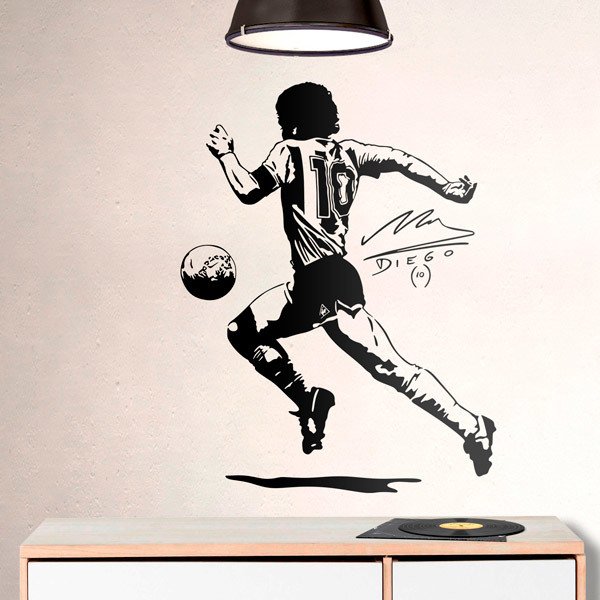 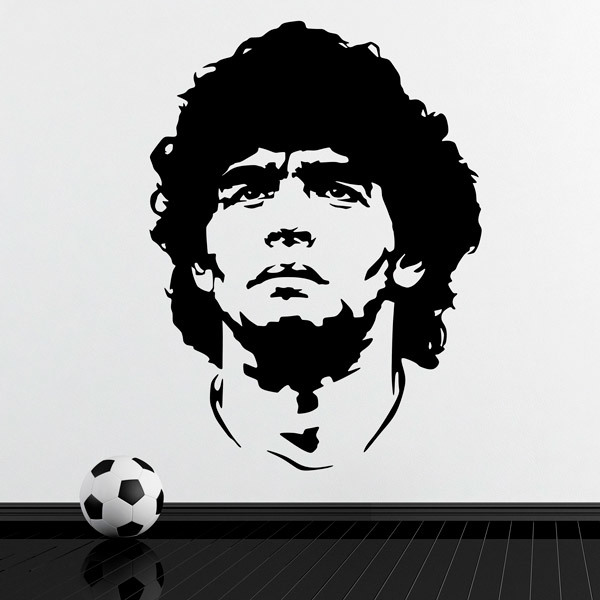 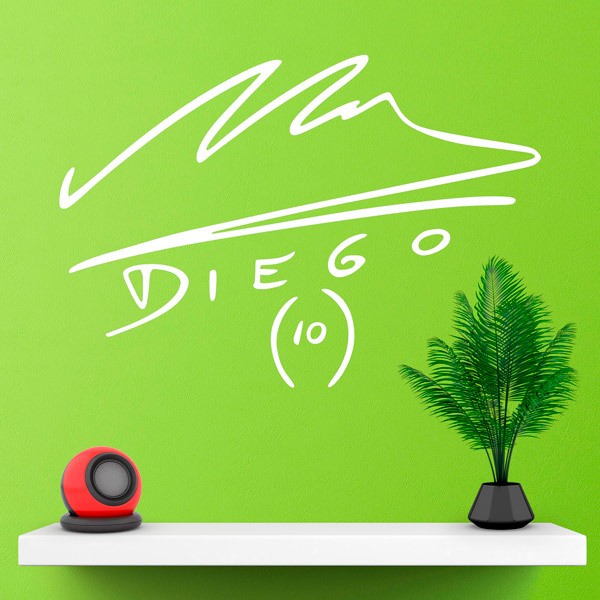 To talk about Diego Armando Maradona is to talk about a sport legend, with a life full of success, controversy and popularity. "El Pelusa" is a football reference worldwide but he also becomes an influential character in the Pop culture of his time and that's why we put at your disposal our Maradona wall stickers, with which you will pay tribute to the crack of Buenos Aires.

Our Maradona stickers are designed for you to show your passion for the also known as the "cosmic kite" or "D10S".

The decorative vinyl with the signature of the Argentinian star available and customizable in more than 30 colours so that his signature is on your walls.

An adhesive vinyl that shows Maradona's face in close-up in the Mexico 86 World Cup, in which he was the main protagonist scoring against England the "goal of the century", another goal with "the hand of God" and winning the final against an almighty Germany.

The most Maradona-esque image in history, the snapshot in which the Albiceleste number 10 controls a ball with his thigh in the Mexico World Cup final, now in sticker format with his signature.